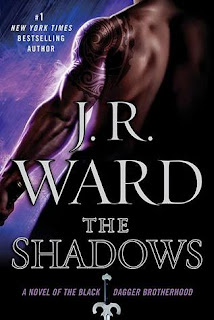 Trez “Latimer” doesn’t really exist. And not just because the identity was created so that a Shadow could function in the underbelly of the human world. Sold by his parents to the Queen of the S’Hsibe as a child, Trez escaped the Territory and has been a pimp and an enforcer in Caldwell, NY for years- all the while on the run from a destiny of sexual servitude. He’s never had anyone he could totally rely on... except for his brother, iAm.

iAm’s sole goal has always been to keep his brother from self-destructing- and he knows he’s failed. It’s not until the Chosen Serena enters Trez’s life that the male begins to turn things around... but by then it’s too late. The pledge to mate the Queen’s daughter comes due and there is nowhere to run, nowhere to hide, and no negotiating.

Trapped between his heart and a fate he never volunteered for, Trez must decide whether to endanger himself and others- or forever leave behind the female he’s in love with. But then an unimaginable tragedy strikes and changes everything. Staring out over an emotional abyss, Trez must find a reason to go on or risk losing himself and his soul forever. And iAm, in the name of brotherly love, is faced with making the ultimate sacrifice...

Okay, so I have a huge concern with this book. Not the story, just the sicking "I love you, I really love you". I get it, you want to stick your anaconda in her core over and over and have multiple vampire orgasms (which would be sloppy and messy) inside her core. I like sex, reading about sex, thinking about sex, however, it gets OLD when these books continue to drag out.

Secondly, there has to be an end game to this series. I almost get the impression that J.R. is publishing just to publish.

Where is Scribe Virgin? Yes, we see her for a few sentences, however, how can a god that can bring someone back from death, not be able to cure her Chosen?

The Omega and the lesser society? What about Quinn's brother?

There are so many unanswered questions and these books do not need to be about one person.

The story is amazing though. Once, you weed through all the damn fluff, you will enjoy how I-Am and Trez's story finishes out. 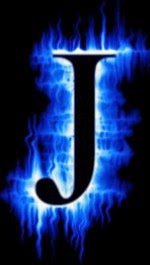