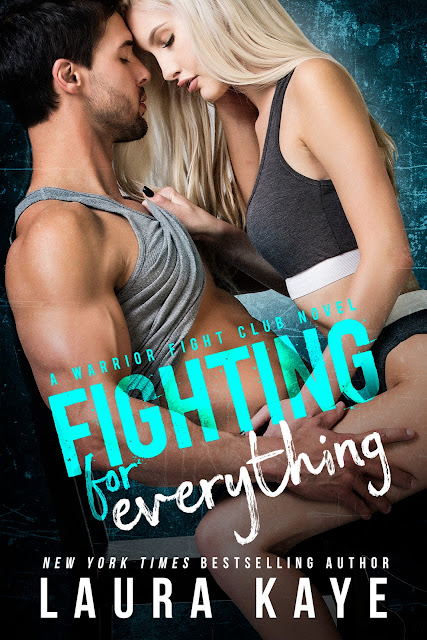 About FIGHTING FOR EVERYTHING (Warrior Fight Club #1, 5/22/18):
Loving her is the biggest fight of his life…

Home from the Marines, Noah Cortez has a secret he doesn’t want his oldest friend, Kristina Moore, to know. It kills him to push her away, especially when he’s noticing just how sexy and confident she’s become in his absence. But, angry and full of fight, he’s not the same man anymore either. Which is why Warrior Fight Club sounds so good.

Kristina loves teaching, but she wants more out of life. She wants Noah—the boy she’s crushed on and waited for. Except Noah is all man now—in ways both oh so good and troubling, too. Still, she wants who he’s become—every war-hardened inch. And when they finally stop fighting their attraction, it’s everything Kristina never dared hope for.

But Noah is secretly spiraling, and when he lashes out, it threatens what he and Kristina have found. The brotherhood of the fight club helps him confront his demons, but only Noah can convince the woman he loves that he’s finally ready to fight for everything. 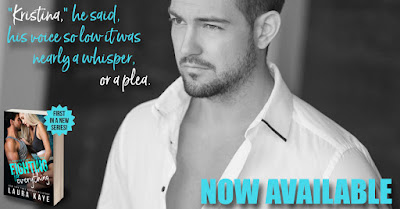 Add to your Goodreads 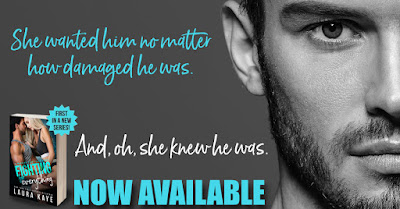 “The always amazing Kaye is kicking off a terrific new contemporary romance series that centers around a wounded warrior’s fight club. Kaye does a beautiful job exploring the fallout from war and PTSD as various characters struggle to cope in their own ways. The love story between Noah Cortez and his childhood friend Kristina Moore is both compelling and touching, for the obstacles in their way loom large. A truly memorable read!” ~ RT Book Reviews

"Noah, are you down here?" Kristina called from the top of the basement steps.

Despite the lack of response, she continued down and crossed the room to the mostly closed door in the back corner--Noah's bedroom since he'd returned just before last Christmas. God, Kristina had thought she'd received the best Christmas present ever--Noah, home from Iraq, safe and sound.

Well, mostly sound, anyway. An IED blast had taken the hearing and most of his vision on his left side, and he'd struggled with bad migraines and equilibrium problems when he'd first returned. But he was home and he was alive, and having him back again had made it feel like she could finally breathe after years of knowing he was in danger every second of every day.

She knocked softly. "Hey Noah, it's me."

All she heard was a long exhale of breath, but it was enough.

Why hadn't he answered her? Her stomach clenched as she pushed open the door far enough to see Noah standing in the dark doorway to his bathroom, his back against the door jamb, his arms crossed, and his head hanging on his big shoulders.

She didn't need to ask if he was okay, because he was radiating not okay loud and clear. Kristina walked right up to him. "What's going on?" she asked. Dim light from the rec room filtered over him, allowing her to just make out the tight clench of his square jaw, the narrowed cast of his dark brown eyes, the harsh set of his beautiful mouth.

Wait. What? Where had that little observation come from?

Noah shook his head, forcing Kristina to drop the ridiculous line of thought.

She stepped closer so that she could look more directly into his eyes. "Come on, Noah. It's me." She ached for him to open up, but what she noticed, even more, was the low buzz rushing through her body. From how close she stood to all his taut hardness. It wasn't like she was just noticing that Noah was hot, like, dayum hot, but nearly five years in the Marines had matured him and built hard muscle that hadn't been there before. And clearly, her body was just noticing, probably because they hadn't had the chance to spend much time together since he'd gotten back.

"Kristina," he said, his voice so low it was nearly a whisper or a plea. He leaned his forehead against hers. It was such a sweet, needful gesture that Kristina's chest seized.

"First, I'm hugging you. Then we're talking, buddy," she said, wrapping her arms around his big shoulders and planting her cheek against his chest. The embrace wasn't unusual-they'd always been affectionate with each other. She'd lay against him while they watched a movie or he'd sling an arm over her shoulders while they were out together. When things were bad with her dad, he'd hold her when she finally gave into her grief about it and cried. That's how they'd always been.

He embraced her right back and leaned his face against her hair.

After a long moment, Kristina pulled away--

Noah wouldn't let her go. His grip on her tightened, and he held her fast against him. Was he breathing faster? Was he trembling?

Against her belly, he hardened.

Kristina's breath caught in her throat. Noah was aroused...by her? Or just, like, in her general vicinity? Or...? She swallowed hard as her thoughts flew.

As they stood there, suspended in the dark, stolen moment, the air around them flashed hot and closed in, narrowing the world to all the places their bodies touched. His erection grew, pressing against her with more insistence. Heat bloomed over her skin everywhere and she held herself perfectly still. Because this was different. This was not friendly. This was more.

A strange tension wrapped around them, and it scared and attracted Kristina in equal measure. She shuddered out a breath as her body came to life against his. Her breathing quickened, her nipples peaked, her core clenched.

Noah made a noise in the back of his throat like a moan, and his arms tightened around her, pulling their bodies totally flush.

Kristina's breath caught at the hard press of his body and at the shocking arousal, it unleashed in her.

But it didn't seem to matter to her body. The soft cotton of her dress became heavy and irritating against her skin, and all she wanted was for it to be off. So he could be all over her. This sudden, intoxicating need was brand new to her in general and certainly with Noah. She wasn't a virgin, but she'd never felt with another man the kind of desire rocketing through her just then. And all they'd done was touch.

Why was this happening?

Her hips shifted without her meaning to do it, and it made her belly grind against all that hardness.

Noah hissed in her ear. His fingertips dug into her back...and then wandered, one hand pressing low against her hip, one skimming up her neck into her hair. Holding her tight. Bringing her closer.

She was half sure she was imagining that they were locked inside this raging bubble of attraction, except that his heart thundered beneath where her head rested, his breathing had gone rough, and his skin felt every bit as feverish as hers.

She had to stop this...whatever this was.

Tilting her head back, the words were on the tip of her tongue. Her eyes locked with his, and even in the dimness she could see that they were blazing hot and almost predatory in their directness. It stole her capacity to speak because she was unequivocally sure he'd never looked at her like that. Need roared off of him and through her, making her heart beat like a bass drum.


And don’t miss the second standalone romance in the Warrior Fight Club series coming August 7, 2018, FIGHTING FOR WHAT’S HIS 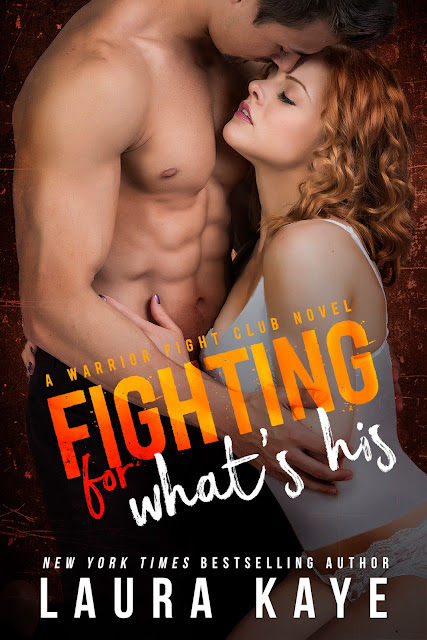 Add to your Goodreads


“Nobody’s tortured alphas destroy me quite so utterly as Laura Kaye’s. Her heroes face heart-wrenching struggles. They have flaws. Kaye presents all of it with unflinching honesty, and I love them—and her!—all the more for it!” ~ USA Today Bestselling Author Samanthe Beck

Now that’s how you start a series! Kaye is at her absolute best, and Fighting For Everything is the perfect combination of steamy romance and the struggle of our wounded warriors.” ~ Scarlett Cole, author of the Love Over Duty Series 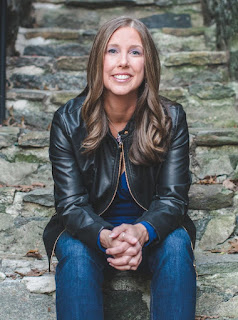 I received this book in exchange for an honest review.

Life is hard to come back to when you've lived in war. That's what Noah is going through right now. He's trying to get used to being back in civilian life with loads of issues. Kristina has been his best friend for so long, and now he's seeing her in a different light. He always thought she was beautiful, now it's more.

Kristina knows something is different about Noah. She's so glad he's home and alive but she knows he's forever changed. She just wants to spend time with her friend. His being different has led her to see that he's more than just Noah.

Friends to lovers is one of my most favorite kinds of stories. Of course, Noah fights what he feels. He feels like he's not good enough for her with all his issues. Kristina just knows that she there for Noah no matter what. Some parts are hard to read, just watching him deal with his demons. Kristina not knowing for sure how to help him but wanting to be there. LOVED this story and I look forward to more from Laura Kaye! Leave a review to show your support! 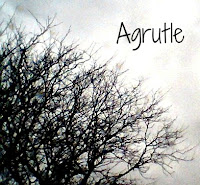