For longer than he can remember, reclusive writer, Joshua Bennett has been trapped in a prison of his own making by the memories of his past. Traumatized and isolated, he's spent his days living a quiet, lonely existence, his only companion his dog, Bear.

Pain and Solitude are all he knows, what he's accepted to be his life, until one dark night, one huge storm, and one ice patch change his course forever. When he finds an unconscious woman at his doorstep, Joshua Bennet has no choice but to bring the woman into his home and away from the dangerous elements that threaten to claim her life. A stranger to herself and the man watching her, the woman has no memory, no identification, and no idea how she got there.

Trapped by the storm and isolated from the outside world, they both learn what it means to trust and love, slowly letting each other in and breaking down barriers. Can they heal each other completely before the outside world threatens to shatter the fragile peace of their newly discovered love, and tears them apart?

Melanie Moreland lives a happy and content life in a quiet area of Ontario with her husband and fur children. Nothing means more to her than her friends and family, and she cherishes every moment spent with them.

Known as the quiet one with the big laugh, Melanie works for the sporting teams of a local university. Her (box) office job, while demanding, is rewarding as she cheers on her team to victory.

While seriously addicted to coffee, and somewhat challenged with all things computer-related and technical, she relishes baking, cooking, and trying new recipes for people to sample. She loves to throw dinner parties and socialize, and also enjoys travelling, here and abroad, but finds coming home is always the best part of any trip.

Melanie delights in writing a good romance story with some bumps along the way, but is a true believer in happily ever after. When her head isn't buried in a book, it is bent over a keyboard, furiously typing away as her characters dictate their creative storylines to her even more inspired tales, for all to enjoy. 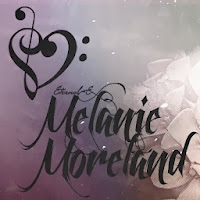 I was lucky to receive an ARC from MAE book tours.


Joshua Bennett doesn't want anyone near him. He likes his solitude, he just has his dog, Bear, and he's fine with that. When he finds a woman in a car that has crashed on his property he is angry that he has to deal with another person but also he's scared.

We don't know her name for most of the book, she's got amnesia. Joshua calls her Rabbit, and it sticks. She's his Rabbit. Even though he didn't want her there he can help but grow closer to her. They don't know what she was running from but it was something bad if the bruises on her body are any indication.

This book took a little getting in to, he was cruel almost to her at some points. I under stood that. After a couple chapters I couldn't put it down. I had to know what happened that caused Rabbit to run and who had hurt her. I also needed to see if the love that developed between Joshua and Rabbit would get to blossom. It was a great read and I enjoyed it very much! I think you will too. Don't forget to leave the author love in the form of a review!!