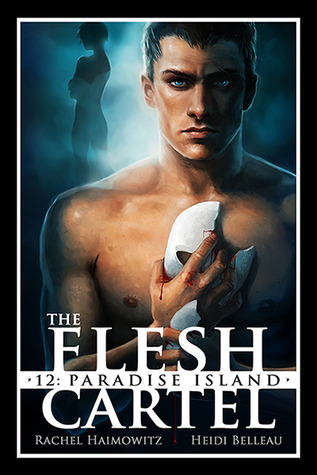 Mat and Douglas’s time as Nikolai’s wards is finally drawing to a close. Though torn apart by Nikolai’s machinations, their fates are still inextricably entwined: they’ve been sold to the same cruel master, and are united in their desire to go home. But “home” means two different things to the brothers: for Mat, their little bungalow in Nevada, and for Douglas, a swift return to Nikolai and Roger, the only people he believes still love him.

But first they must survive their new master. Smythe Hall is a twisted island paradise where Americans affect British accents and slaveboys dress up as slave girls, all at the whims of the rich and megalomaniacal Allen Smythe-Kennedy.

Meanwhile, FBI Special Agent Nate Johnson can’t let the case of the missing brothers lie. He knows it’s a waste of resources to chase ghosts down a cold trail, but after admiring Mathias “Stonewall” Carmichael ringside and at countless afterparties where he was too shy to say hello, he’s determined to solve the mystery and bring Mat and his little brother home.

What does the image of a private beach with beautiful sands and a picturesque landscape mean to you? For most, it is the ideal vacation destination. For brothers, Mat and Douglas, it is anything but.

We have seen these two walk through the pits of human torture and yet, some part of them still survives. This series is not only about the evil of the world, but the spark of hope that people hold onto when they are faced with the probability of death or worse. Yes, there are far worse fates than death. If you don't believe me read this and the prior eleven installments of this series.

I was asked once why I read this type of book. When I think about it, the paragraph above states it all. Along, with the moral realization that there has to be some sort of justice coming. As much as I liked Nikolai's character, nothing would mean more than reading a scene where Mat has his face under his boot.

Speaking of the ending, I have thought long and hard about this. There are so many ways that this could play out. One, being the death of the brothers and the story fading to dark. Or, they are rescued and then we see Douglas, a man that has completely assimilated with his captures. Mat, who in all aspects has held onto his sanity for freedom thorough this all, will be hell bent on revenge. One has to think of all the other slaves. Roger and the men and women at Allen's holding. The madame and her hinchmen. The list goes on and on.

I think that Agent Nate will get his evidence. Cannot wait to see what it is.

Back to this edition. Mat and Dougie though that their prior treatment was bad. Allen is a new sort of twisted. Everything that Douglas trained for is thrown out the window on the first meeting. Mat, poor Mat. The abuse that he took at the end of this edition was extremely graphic.

Poor Jason. That is all I will say about him....

Another great edition. It will be a sad relief to see how this ends over the near future.