Wild girl, Mia Sherman, has a secret—she isn’t as fearless as she pretends. Descended from Lonesome Point, Texas’s founding family, Mia grew up hearing tales of an old Irish curse that had followed the Shermans to America. At age twenty-four, Mia is still terrified of the stories, because they aren’t stories. They are a warning about what will happen if Mia allows love and romance into her life. The curse struck Mia’s grandmother and her great-great-whatever grandmother, and Mia knows she could be next. The first-born daughter of every generation is cursed to lose her husband on her wedding night, which is one of the many reasons Mia has sworn off relationships.

Rancher turned restoration expert, Sawyer Kane, can’t believe his luck when the feisty owner of the lingerie shop next to his hotel turns out to be the curator of his latest project, a ghost town he’s been sent to restore. He’s looking forward to long, hot days talking history, and hotter nights with Mia, but the redhead with the killer smile seems determined to keep him at a friendly distance. But when a dangerous man from Mia’s past arrives in town, Sawyer finds himself drawn into her inner circle, and into the legend of Lonesome Point itself.

Can true love conquer all, even a centuries-old curse? Mia and Sawyer may be the first to find out. 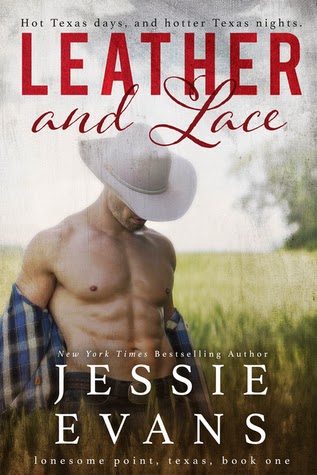 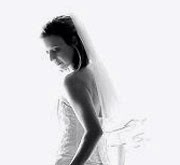 New York Times and USA Today bestselling author, Jessie Evans, gave up a career as an international woman of mystery to write the sexy, contemporary romances she loves to read.

She's married to the man of her dreams, and together they're raising a few adorable, mischievous children in a cottage in the jungle. She grew up in rural Arkansas, spending summers running wild, being chewed by chiggers, and now appreciates her home in a chigger-free part of the world even more.

When she's not writing, Jessie enjoys playing her dulcimer (badly), sewing the worlds ugliest quilts to give to her friends, going for bike rides with her house full of boys, and drifting in and out on the waves, feeling thankful for sun, surf, and lovely people to share them with.

Sawyer searched her face in the glow of the moon, the soft light making her look even sexier than she had in the yellow bulbs strung above the farmer’s market. “I really like you. A lot.”

“I like you, too,” she said, her full lips curving at the edges.

“But I meant what I said before, about not being ready for anything serious.” The words tried to stick in his throat, but Sawyer forced them out. He owed Mia honesty, and he wanted to make damned sure they were on the same page before things went any further. “I want to make sure that’s still okay. I wouldn’t ever want to hurt you.”

Her smiled faded, but her eyes remained soft, unguarded. “You won’t hurt me.” She ambled down the stairs, stopping on the stair above his, putting them face-to-face and their lips inches apart. “I’m fine with a night, or a week, or the summer...however long feels right. And when it stops feeling right, we go our separate ways, no anger, no regrets.” She lifted her arms, twining them around his neck, sending arousal surging through his body. “This is exactly what I need, Sawyer. You are what I need, and I can’t wait to touch you. Everywhere.”

Any hope of resisting vanished as that last word feathered between her tempting lips. Sawyer closed the distance between them, claiming her mouth as his arm wrapped tight around her waist, crushing her body to his. Her breasts flattened against his chest and her body heat caressed him, making his pulse spike and a moan sound low in his throat. He wanted this woman—badly. And he was past ready for them to be alone in a room with a bed, a door, and a lock to keep the rest of the world out.

Sawyer lifted Mia off her feet, carrying her through the shop entrance before kicking the door shut behind them.
“Up the stairs,” she whispered against his mouth. “Bedroom’s up there.”

"You taste fucking amazing.” He hitched her thighs around his waist and took the stairs two at a time.

“How can you taste this good after tequila and tacos?”
“How can you lift me like I weigh ten pounds?” she asked, breath rushing out as his fingers dug into the strong muscles of her ass. “God, I love your hands. I couldn’t stop staring at them today.”

“I love your ass,” he said. “And your legs, and your shoulders in that tank top, and the freckles on your nose. I’m a fan of every inch of you.”

Sawyer opened the door at the top of the stairs, and moved into the shadowed room. He smelled vanilla and lavender, a feminine scent that was sexy and homey at the same time. He peered over Mia’s shoulder, spotting a bed with ruffles cascading down the sides, and an odd-looking rug warming the hardwood floor beside it, but he didn’t stop to flick on the light to get a better look at Mia’s choice of decor. The moonlight streaming through the window cast enough light to see the heat in her gaze as he laid her down on the bed, and that was all the illumination he needed.

“I want to taste every inch of you,” he said, working open the buttons on his shirt. “Head to toe.”

“No toes,” she said, pulling her tee shirt over her head, revealing a white lace bra a shade lighter than the creamy skin of her breasts. “I’m not a foot girl.”

“You will be when I’m done with you.”

a Rafflecopter giveaway
Posted by Amanda at 6:00 AM