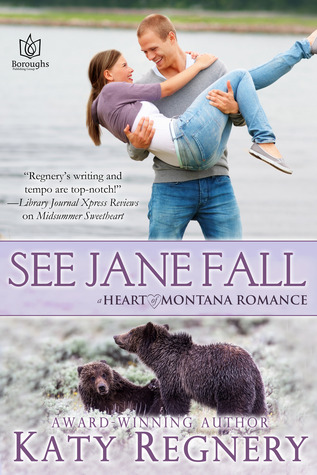 When Trend magazine contracts Lindstrom & Sons to manage a fashion shoot in Yellowstone, easygoing Lars Lindstrom rolls his eyes. “Babysitting” supermodel Samara Amaya’s assistant sounds like a snore, even amidst the park’s lush wildlife and scenery. Little does he know that Jane Mays, Samara’s down-to-earth, smart-mouthed assistant and cousin, will be the most exciting person he’s ever met. Her smoky voice and surprisingly sweet heart rock his world.

Jane has been hurt before, but this time it’s right. From loving the same music to their effortlessly sexy sparring, her handsome new tour guide gets her—and Jane is getting Lars right back until Samara blows into town. Used to living in her cousin’s shadow, Jane knows Lars will be nothing more than a notch in a bedpost if the spoiled supermodel has her way. In the past, maybe she would have stepped aside. This time she’ll find the strength to stand up to Samara once and for all…and trust that Lars will be there to catch her if she falls.**

Lars is called Lucky Lars and he is. Girls love him, his job come naturally to him and he has great brothers and sisters. Now he is in charge of some talent that's coming in for a photo shoot. A few days before though an assistant is coming and he finds her adorable and he's intrigued by her. She's kind of the opposite of everything he usually goes for but she's totally worth it.

Jane is just her cousin Sara's (Samara) personal assistant. She's plain and she knows it. Jane is just there to make sure that things run smoothly for any shoot Sara is on. When she meets Lars, she finds him attractive but knows once he sees Sara, she'll be left in the dust. Jane just can't compete with Sara's beauty.  Lars tries to convince her he's not that guy but she has to think of herself first. End it before she gets hurt, so she does.

As soon as Lars sees Samara in person he can't understand how this beauty is the same person that Jane described. Like most men he's taken in with a pretty face and he believes anything she says no matter how much it hurts Jane. All too soon though Samara shows her true colors but could it be to late to win back Jane? I guess you all will have to read it to find out.

I really enjoyed this story. I liked the first two in this series but Lars, he was my favorite. There was just something about him that I loved. I can identify with Jane also. In the background, feeling like you're second best. I was so so proud of Jane when she grew a backbone and stood up to her cousin. Fantastic read, I am not so patiently over here waiting for the next installment of the Heart of Montana series.