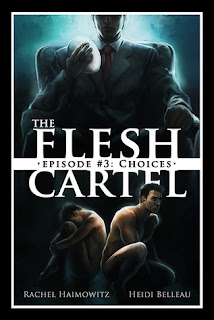 The Flesh Cartel returns for a compelling second season with "Choices." Brothers Mat and Dougie Carmichael thought nothing could be worse than being snatched from their home and brutally dehumanized in preparation for sale as sex slaves. But they learn their suffering has only just begun when they’re shipped to their new master’s home.

Professional trainer Nikolai Petrovic is a master of his trade. His ultra-rich clientele pay him to create perfectly tailored playthings, and Mat and Dougie are the latest in a long line of men who have walked into his remote mountain home as terrified victims and left it permanently altered: subdued and obedient, ready and even eager for a life of service.

To achieve this, Nikolai must take a drastically different tack with each brother. Dougie, manipulated with affection and denial. Mat, controlled by pain and fear. The one thread in common for both men is choice. Nikolai prides himself on never forcing, but will Mat and Dougie submit willingly to his vision, or will they first need to learn the price of disobedience?


This title is part of the The Flesh Cartel, Season 2: Fragmentation serial.


Everyone has a choice. Each choice has a reward or consequence. This is the lesson Nikolai is trying to teach brothers Dougie and Mat. We do not know who the owner of the men are yet, but we do know one thing. He sent the best trainer there is.


Each man, taught pain, and humiliation by the hands of the Madame's brutes. Now, Nikolai must teach them to love being a slave. He has instructions for each. Dougie is to be isolated, driven mad with the desire to serve. His emotions need to be ripe for being the perfect submissive. Mat, is destined for pain and suffering. His only role is to know what can happen if he does not submit.


We are taken through each men's release into Nikolai's custody. Each with their own results. Mat is tortured with a pepper solution that renders one useless due to searing pain.


This edition ends with Dougie on his knees, submitting to Nikolai's desires.


I can only imagine where this is going to go. 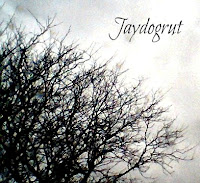